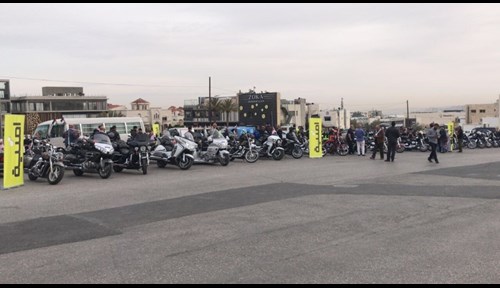 January xx, 2018 – Amman, Jordan: In solidarity with the people of Palestine and their steadfast stance against attempts to Judaize the holy city of Jerusalem, Umniah sponsored a motorcycle convoy that rode from Amman to the Dead Sea. The convoy, which was made up of bikers representing several Jordanian clubs, set off from Amman’s Abdoun neighborhood and rode down to an arena by the shores of the Dead Sea. On the occasion, Umniah CEO Ziad Shatara said, “Our support for this convoy echoes the efforts led by His Majesty King Abdullah II, the guardian of the Islamic and Christian holy sites in occupied Jerusalem, to defend Al-Aqsa Mosque and holy Jerusalem.” He went on to speak of the necessity to repeal the decision by the United States to move its embassy to Jerusalem, and declare the city as the capital of Israel. Shatara spoke of Umniah’s devotion to its humanitarian message, its continuous efforts to engage with the communities in which it operates, as well as the company’s work on principles it deems essential to society. Shatara went on to add that the motorcycle convoy is a perfect example of Umniah’s humanitarian ideal, which strive to bring the community together for a common cause. He renewed his call to support the Palestinian people and to provide them with any assistance they may require in the face of attempts to Judaize the holy city and empty it of its Palestinian residents. -End-