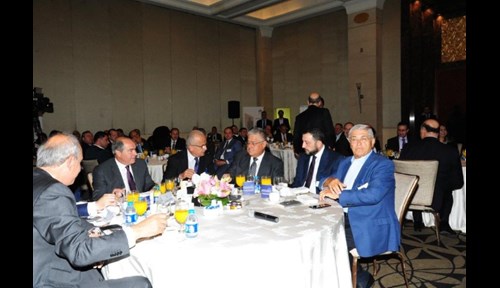 (Amman, September 12 2017) ― Umniah has announced its sponsorship of the discussion session organized by the Jordan Strategy Forum (JSF) under the patronage of Prime Minister Hani Al-Mulki, which took place on Monday, September 11 at the Four Seasons Hotel. The session, attended by a number of ministers, government representatives, private sector executives and economic experts, tackled the latest economic developments and the launch of the forum’s economic index. At the beginning of the session, the Chairman of JSF’s Board of Directors, Abdul Ilah Khatib, delivered a keynote speech that provided an overview of the forum’s achievements since inception as well as its overall objectives, which was followed by a presentation delivered by JSF’s Director of Research Ghassan Omet on the forum’s economic index and a detailed analysis of the national economy and its current challenges. The Prime Minister also delivered a speech broaching the latest economic developments and the impact of the geopolitical climate in the region on Jordan, providing an overview of economic trends over the past few months. The session concluded with an extensive discussion between the Prime Minister and attendees who made inquiries and provided suggestions on the current economic situation. Commenting on this sponsorship, the CEO of Umniah Ziad Shatara highlighted the operator’s commitment to serve as a partner in activities tackling the Kingdom’s economic situation, noting that Umniah has adopted a number of innovative programs that deliver lasting benefits to the local community. Shatara also underscored Umniah’s steadfast efforts to serve as a catalyst for economic growth in the Kingdom by organizing and supporting programs that promote innovation and creativity, which are the cornerstones of a sustainable economy. END