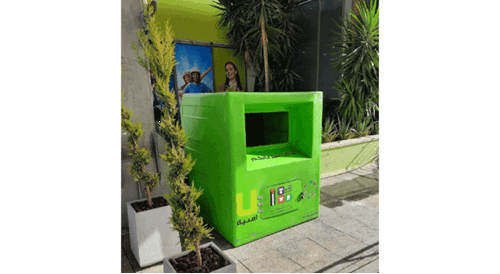 As part of the one-year agreement, Umniah will place donation container at its headquarter in Shmeisani to collect clothes, shoes and toys from company employees and customers. The donations are then collected by Charity Clothing Bank and taken to the organization’s Mahatta showroom, where they are sorted, cleaned and displayed.

Umniah Director of Communications, Wajeeha Al-Husseini praised the efforts of the JHCO and its Charity Clothing Bank initiative, which work with volunteers, humanitarian organizations and private-sector companies for the greater good, helping those less fortunate secure a better life. Al-Husseini went on to add that Umniah’s support of JHCO is directly in line with its corporate social responsibility strategy, a core component of which is performing its humanitarian and social duty towards national institutions that have a clear impact and consistently work to effect positive changes in people’s lives. Over the years, according to Al-Husseini, the partnership between Umniah and the Charity Clothing Bank has involved a number of volunteering activities carried out by Umniah’s youth team, which she said represented the strength of the company’s belief that the ideals of charity and unity are not only limited to financial support and monetary donations.

Charity Clothing Bank General Manager, Rawan Massadeh commended Umniah for its continuous support of charitable institutions and organizations, working with them to help them achieve their missions. She added that the renewal of the partnership for the fourth consecutive year is confirmation of the Charity Clothing Bank’s achievements in its work to help those less fortunate.

The Charity Clothing Bank, which an initiative by Jordan Hashemite Charity Organization (JHCO) that was launched in 2013, works to provide suitable clothes to Jordanian families registered with the National Aid Fund through a clothes showroom that allows them to enjoy shopping for their needs free of charge.