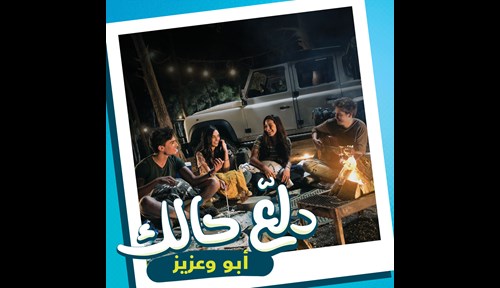 Umniah releases a new song with "Abu" and "Aziz Maraka" highlighting Jordan’s beauty Amman, 27 July 2019 The song "Dalle3 Hallak" launched by Umniah recently, was performed by the international Egyptian artist "Abu" and the Jordanian artist and Raz music composer “Aziz Maraka”, receiving positive traction by the Jordanian public both at home and abroad. The song gained widespread attention on social media with more than half a million views in less than a week. The song was written by the famous Egyptian poet and songwriter Amir Teima and composed by Ahmed Tariq Yahya, highlighting the beauty of Jordan’s touristic sites in summer. It included clips filmed from the Dead Sea, Aqaba, Abdali Boulevard, Amman citadel and central Amman, during which Umniah captured stunning moments of Jordan’s beautiful nature, with both its rich history as well as the charm of its contemporary civilization. Through this song, Umniah seeks to spread an air of joy and positivity amongst Jordanians during the summer months, in addition to promoting the beauty of Jordan with its unique nature and archaeological sites. The song initiative also aims to encourage tourists and Jordanians abroad to visit Jordan and enjoy a special summer holiday. The song comes as part of Umniah's summer campaign, which also includes the "Spin & Win" competition available exclusively on the Umniah application that provides the opportunity for prepaid and postpaid subscribers to participate and win. During the campaign period, Umniah's rewards will range from mobile phones, free credits, umnicoin, in addition to the opportunity for all subscribers to automatically enter the grand prize draw of JOD 5,000. Link to the song: https://www.youtube.com/watch?v=TFlapH_iAe0 - End-