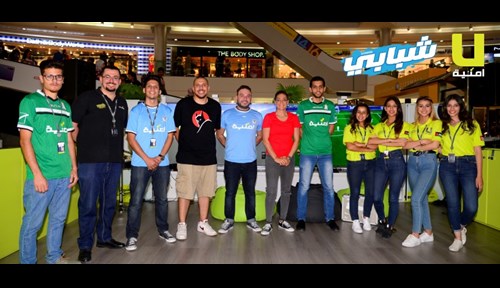 Umniah Launches the Largest Shababi Marketing Campaign With the Slogan "Stay Sane and Go Insane" July 30, 2018 – Amman, Jordan: Following the resounding success of the Shababi campaign since its introduction, Umniah launched a new marketing campaign for its prepaid packages including Shababi 7, Shababi 9, Majnun Musiqa [Insane Music], Majnun Aflam wa Muslalsalat [Insane Movies and Series], and Majnun Riyada [Insane Sports]. The campaign features an entire suite of benefits, rewards and discounts. The campaign will run until the end of 2018, and targets youth between the ages of 18 and 25 from all walks of life and interests, including university students, youth active on social media platforms, artists, athletes and others. Speaking about the company’s latest marketing launch, Umniah Marketing Director, Zaid Ibrahim said, "Seeing as youth represent the largest and widest group within Umniah’s customer base, we are focusing quite a bit of attention on them, working to fulfil their needs through the exceptional services, communications solutions, and offers we release in the local market." According to Ibrahim, the new Shababi packages, which focus on sports, music, and movies under the main slogan of “Stay Sane and Go Insane”, were chosen by the company to encourage the young to follow their passions and dreams. He explained that Umniah works continuously in line with its strategy to contribute to advancing the knowledge and abilities of the youth by creating bespoke services and communications solutions especially for that segment of the population. Through the new Shababi offer, each time a customer renews their monthly subscription, they receive one of the total rewards offered by Umniah through its new loyalty program, accessed through Umniah’s mobile application, “umnicoin”. Rewards that are not consumed are rolled over to the following month with no loss in value. Shababi line subscribers can also receive rewards by downloading Umniah's application and logging into the umnicoin rewards section using a specific code from Umniah’s partners such as the ride-sharing app Careem, Firefly, Daiaa Shawerma, Donuts Factory, in addition to fashion stores such as Mlabbas, or they can redeem coupons and discounts from these places in addition to the opportunity to donate their umnicoins to King Hussein Cancer Center and Tkiyet Um Ali. - End-