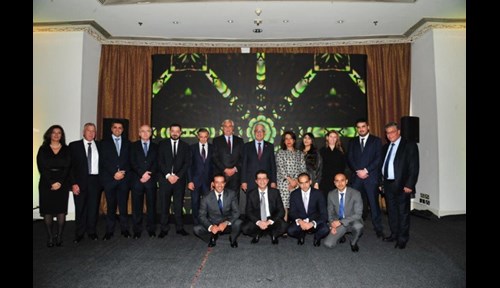 Amman, Jordan – October 22, 2017: Umniah CEO Ziad Shatara, held a reception at the Sheraton hotel on Saturday evening honoring the company's chairman of the board of directors Abdulrahman Yousef Fakhro, as well as other board members. The reception was attended by current and former ministers and government officials, as well as private company executives, members of boards of directors of the communications and information technology sector companies as well as Umniah agents and managers. During the reception, attendees were briefed on Umniah’s achievements in the Jordanian market since its launch in 2005. Umniah, a Batelco Group subsidiary, is today one of the most successful telecommunications operators in the Kingdom, and provides high-quality integrated services. Umniah is also a leader in the development of the telecommunications industry and the provision of the most advanced value-added services. The guests were also introduced to the members of Umniah's Board of Directors, and learned of the company’s future strategic plans to further its outstanding performance in the communications field in Jordan.