The Tank Partners with the Founder Institute To Sponsor Four Startups 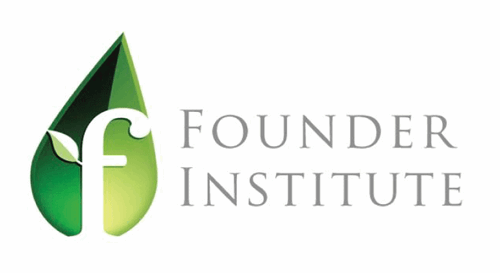 January xx, 2021 – Amman, Jordan: The Tank, Umniah’s business incubator, has announced its partnership with the Founder Institute and sponsoring four startups for the pre-seed accelerator’s program. The move, which is in line with The Tank’s ongoing efforts to support the country’s entrepreneurial ecosystem, will allow participants to further their skills and knowledge, as well as expand their network of relationships.

The Founder Institute is the world’s largest pre-seed startup accelerator that has, since its founding in Silicon Valley in 2009, helped launch more than 4,500 startups from 200 cities on six continents. The idea for the program grew from the knowledge that most entrepreneurs lack the necessary structure and support network to succeed, particularly during the idea and launch stages.

The four startups will take part in a training program that includes workshops and mentorship sessions in several topics, such as orientation, vision, customer development, revenue, branding and design, legal mentorship and intellectual property issues, product development, employment, growth, financial value, financing, and pitching ideas, in addition to many investment opportunities. Also, The Tank is participating in the jury and mentorship committees.

Speaking about this partnership, Umniah CEO Ziad Shatara said that The Tank, which has been a strategic supporter of all creative and innovative initiatives and events in Jordan, consistently works to find unique solutions that help Jordanian entrepreneurs and startup owners solve any challenges they face when launching their businesses in the market. He went on to add that startups such as those incubated at The Tank are the backbone of the national economy, offering economic and job opportunities for many of the country’s youth.

Shatara also explained that The Tank is highly aware of the importance of startups, putting all its strength and expertise to support leadership and innovation through partnerships and cooperation programs with numerous Arab, regional and international business accelerators as a way of helping entrepreneurs and startups rise up and take their place in local economy. Partnerships such as those formed by The Tank with prominent local, regional and global organizations contribute to the growth and development of companies, offering them training opportunities and developing their business strategies, which ultimately serve the national economy.

Founder Institute Jordan Managing Director Maher Santarissy said that the partnership with The Tank will provide startups and entrepreneurs with empowering opportunities, helping their companies have a positive impact on the region and the world through innovation and entrepreneurship. According to Santarissy, the Founder Institute is committed to ensuring long-term cooperation as a means of support to entrepreneurs, allowing them to find success regardless of their location or background.