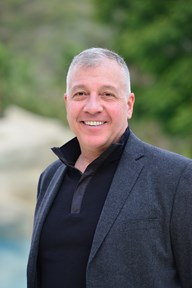 May 31, 2020 – Amman, Jordan: Chairman of the Board of Directors of the Jordan Advanced Fiber Company (FiberTech) Othman Bdeir announced the appointment of Sami Jarrar as the company’s Chief Executive Officer as of June 1, 2020. FiberTech, which was launched in October 2019, has a capital of JD40 million. Previously, Jarrar served as Human Resources and Corporate Affairs Director, and assistant to the general manager of Umniah. During his tenure, Jarrar oversaw the building of Umniah’s technical and commercial capacities through leading human resources initiatives and advancing company strategy. Under his leadership in 2008, Umniah was recognized with the international award for Enabling Innovation through Human Capital and Talent Practices during the Mobile World Congress (GSMA) conference in Barcelona. Jarrar holds Bachelor and Master’s degrees in Computer Systems Engineering from Kent and Cardiff universities in the United Kingdom. In his early career years, he had the honor of serving as officer engineer in the Public Security Department, where he went on to manage the IT systems of the Command and Control, and Immigration and Borders networks. For this work he was awarded with the badge of honor for Managerial and Technical Competence. Later, Jarrar held senior positions in firms specializing in corporate consulting where he managed the accounts of regional and multinational ICT companies. He also had a brief stint in academia working as a guest lecturer. Commenting on Jarrar’s appointment Bdeir said, “I am confident that Mr. Jarrar will make good use of his experience and diverse skillset in leading FiberTech’s team to success, allowing company to achieve its ambitious goal of changing the landscape of Internet and digital connectivity in Jordan.” Umniah CEO Ziad Shatara congratulated Jarrar, saying: “I am confident that Mr. Jarrar, with his proven track record and what we know of him, will see to it that FiberTech will delight clients and end-users with advanced services that will push the envelope of ICT access experience in our country.” FiberTech is a joint investment between the Jordan Electricity Company (JEPCO), which owns 51%, and Umniah, with 49% ownership, and is the first company of its kind in Jordan and the region. The company works to provide new infrastructure for communications through large-scale over-ground fiber optic network in the areas where the Jordan Electricity Company operates, also linking smart meters and other components of the electricity network owned by the JEPCO. It will also provide ultra-fast internet services to communications companies and Internet service providers, ultimately benefiting approximately 1.3 million homes and businesses in Amman.