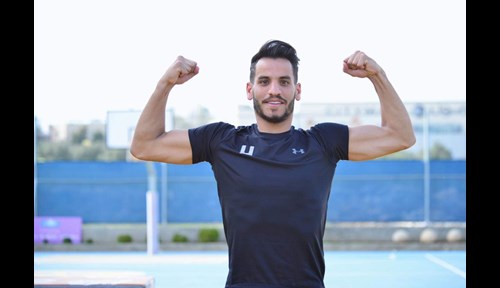 Jordanian champion Ahmad Abu Ghosh wins silver medal in the 2019 World Taekwondo Championship Amman, 20 May 2019: Umniah recently congratulated its youth and sports ambassador Ahmad Abu Ghosh after his sweeping victory during the 2019 World Taekwondo Championships, which was held in Manchester with the participation of more than 1,000 players from 150 countries. Abu Ghosh had received the silver medal in the 74Kg – G12 category, registering yet another global milestone in his ever-growing career. The Olympic champion advanced to the finals after five consecutive victories, defeating Slovakian player Giovanni Slancy during the 64th round, proceeding to the next round to successfully face off with Greek champion Georgios Roddice. During the 16th round, Abu Ghosh opposed Uzbek player Nikita Ravalovic, who won the gold medal at the Asian Games in Indonesia last year, successfully beating the world champ before finally losing to Italian Simon Alessio, in the final match. It is worth noting that this is the second medal won by Abu Ghosh in the world championship. The Jordanian champion had scored a bronze medal in the sub-67 kg category during the 2017 edition, which was held in Mugu, Korea. Umniah CEO Ziad Shatara underscored the company’s pride in the series of victories registered by Abu Ghosh, who won five consecutive matches within the span of a day, noting that the company will stand behind him as he moves toward the 2020 Olympics. Shatara also noted that Abu Ghosh has become a shining example for Jordanian youth, showcasing the breadth of athletic talent that exists in the country. “Over the years, Umniah has continually supported numerous local athletes as part of a far-reaching strategy to empower local youth and provide them with opportunities to harness their talents and skills. Our overarching objective is to help young men and women follow their dreams and make a lasting positive impact on their communities.” END