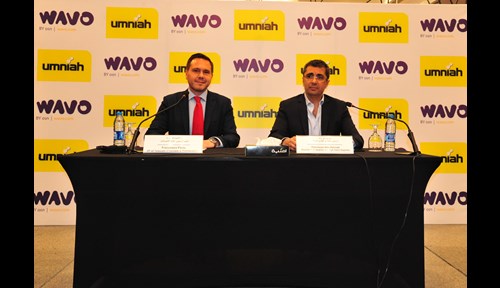 Umniah has signed an agreement with OSN, the Middle East and North Africa regions leading entertainment network; to give its customers access to OSNs online streaming entertainment service, ‘WAVO’. Available on mobile devices and tablets (iOS/Android), Samsung and LG Smart TVs or PCs, WAVO combines a unique blend of live and on-demand TV, including English and Arabic family and kids shows, hit TV series, blockbuster movies and live sporting events, which can be viewed anytime, anywhere. The agreement is a first for both Umniah and OSN in Jordan. Umniah customers can sign up to various flexible mobile plans, which come bundled exclusively with either WAVO Entertainment bundle, WAVO Movies bundle or WAVO Sports bundle. Mahmoud Abu Zannad, Commercial Enterprise and Home Broadband Director of Umniah, said: “At Umniah, our core focus is to deliver products and services that meet the growing needs of our customers and that offer exclusive experiences that suit all tastes and interests, particularly as we are heading towards an all-digital future. OSN is one of the most innovative entertainment networks in the region, and this agreement was conceived to bring to our clients the freedom and convenience of accessing world-class television programming whenever and wherever they want, with content that spans films, television series, sports, children’s programming, and much more.” Francesco Perta, VP Telecom Partnerships, OSN, said: “OSN’s partnership with Umniah marks our first entry into the Jordanian market, and both companies have a shared goal of providing customers with easy access to world-class programming across mobile devices. With WAVO, Umniah customers can now enjoy our unrivalled anytime, anywhere entertainment at their fingertips.” WAVO sets itself apart because of OSN’s exclusive partnerships with major entertainment studios like HBO, Dreamworks, Nickelodeon and Disney to name a few. From the latest same minute as the US TV series, to box sets of hit shows, movies, sports and 25 live channels, WAVO has something for everyone. In April-2018 customers can enjoy new seasons of popular Western and Arabic series such as Westworld, The Handmaid’s Tale, A'elat Al Hagg Noa'man and Kosem Sultan. WAVO is also the home of ASLI, the region’s first free short-form content community made up of regional content creators. With such a vast array of exclusive English and Arabic content, WAVO is unmatched in the region.