This summer, Umniah will launch a campaign to entertain subscribers, with the chance to win daily and monthly prizes. The campaign, which will kick off on July 12 and run until the end of October 2020, will be released through the Umniah app under the name UPlay. UPlay will be made up of two games, the first called Instant Win or الجوائز الفورية and the second called Daily Challenges or تحديات يومية.

This campaign will target all prepaid, postpaid, TDD and FDD subscribers

To play, subscribers will be required to register by entering simple information, and they will be redirected to the screen with the Instant Win and Daily Challenges games. Subscribers can then play the game of their choice

Note: Only subscribers with Umnicoin accounts are allowed to enter UPlay.

For every JD1 recharged or paid on the invoice, subscribers will have one free round of Instant Win, that offers the chance to win many prizes, including mobile handsets, free credit and Umnicoin. Whether a subscriber has a prepaid or postpaid line, the more they recharge/pay, the more chances they have to win. Even better, subscribers are automatically entered in a raffle draw for the chance to win the grand prize of JD5,000, in addition to a wide variety of additional prizes.

Each day, subscribers will be asked to accomplish a general task, which, once completed will allow them to accumulate points, the number of which will be dependent on the difficultly level of the task. On certain days, a special task will be released, which will be available for a limited time only, and that will earn subscribers with more points. 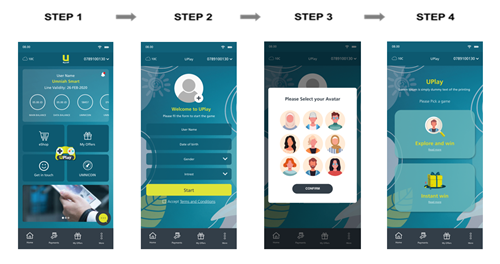 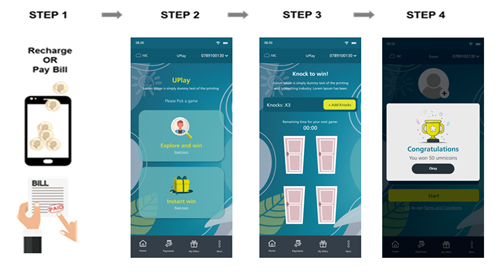 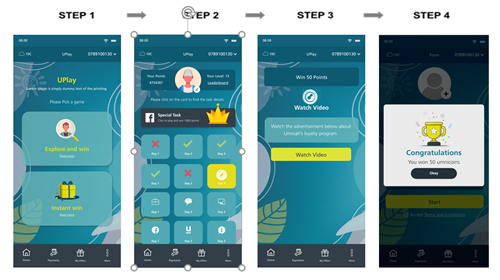 On special occasions, or on certain pre-defined dates, a special task will be presented to subscribers.

The tasks will belong to one of the following categories:

** The prizes that will be distributed at the end of the month are shown in the table below:

We will get you all the help you need, click here to visit our support page.