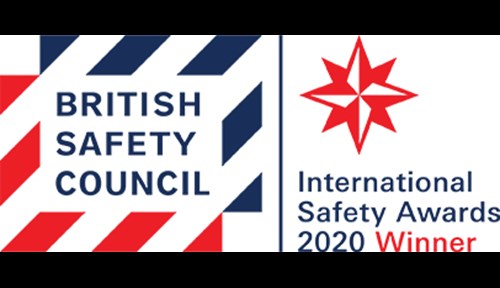 The Only Telecommunications Company to Receive this Award Umniah Receives the International Safety and Health Award from the British Safety Council May 20, 2020 – Amman, Jordan: The British Safety Council announced that Umniah has been recognized with an award of international excellence in safety and health for 2019, an award that reiterates the importance that the telecommunications company places on its commitment to provide a healthy and safe work environment for its employees. The award, which demands the highest international standards, was given to Umniah, the only telecommunications company in Jordan to receive it, along with 509 institutions around the world. The International safety award was presented to Umniah by the British Safety Council in recognition of its commitment to preserving the safety of its employees and providing a safe and healthy work environment free from injuries in 2019. Umniah CEO Ziad Shatara spoke of his pride at receiving this award, saying that it is an international acknowledgment of Umniah’s implementation of the highest international standards in the field of professional health and safety for both its employees and customers. Shatara went on to add that Umniah consistently executes an integrated strategy that reinforces a culture of professional health and safety according to international best practices. He emphasized that the award is further incentive to maintain the company’s intensive and continuous work when adopting the best systems for work safety, which will have the added effect of improving operational efficiency throughout the company as well. British Safety Council CEO Mike Robinson congratulated Umniah on its International Safety Award for 2019, saying, “Umniah was presented with this award in appreciation of its commitment and efforts in maintaining the safety and health of its employees and for keeping its work environment safe and free from injuries. This is compatible with the council’s vision that aims to ensure the reduction of the possibility of injuries and sickness for employees and workers throughout the world.” - End-