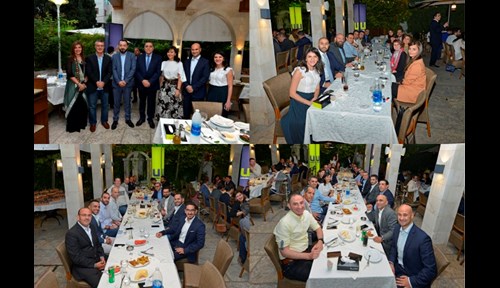 May 31, 2018 – Amman, Jordan: Umniah hosted an iftar in honor of the press and media corps during the holy month of Ramadan. An annual event by the telecom giant, the occasion was Umniah’s way to show its appreciation for the role played by the media in serving the country’s public and private institutions. Held on May 30, the iftar was attended by a select group of journalists and media professionals, Umniah CEO Ziad Shatara as well as company representatives. In his opening remarks, Shatara welcomed the journalists and media professionals, saying that the iftar aims to recognize this outstanding group and its role in serving Jordan and its institutions. Shatara went on to add, "At Umniah, we value the role of the media and journalists in reporting the news and highlighting global, regional and local political, social, and economic issues, as well as keeping the public informed of the efforts exerted by the private sector, including Umniah, to create comprehensive and sustainable development in the Kingdom and support the government in transforming into knowledge-based society." Shatara took the opportunity to brief attendees on the company’s main projects, services and integrated high-quality communications solutions, all of which make it a market leader.