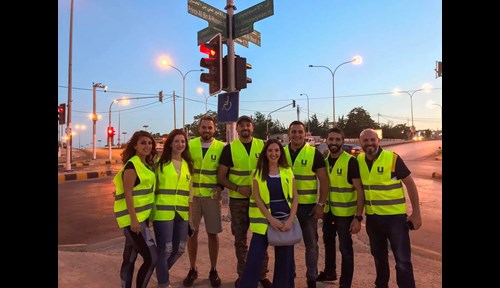 Social media activists participate in Umniah Al Khair activities towards the end of Ramadan Amman, 03 June 2019 In an effort to shed light on the importance of volunteering and charitable and humanitarian initiatives, Umniah extended an invitation to Jordanian social media activists to join the operator’s goodwill activities taking place during the Holy Month of Ramadan. This invitation, which came under Umniah’s flagship social responsibility program, Umniah Al khair, featured a different flavor in 2019 as the operator partnered with the Ma Testa’jil campaign, which aims to reduce incidences of traffic accidents around Iftar time by distributing water and dates to people forced to break their fast while commuting. The initiative saw active participation by the 70 social media activists invited to take part. For Umniah, the Ma Testa’jil campaign is a shining example of a youth-driven campaign tackling a growing national concern, as it was launched by a group of young Jordanians who mobilized to make a difference following the death of their friend in a traffic accident. The campaign falls under a broader vision of encouraging drivers to adopt safe driving habits, especially during peak hours. During Ramadan 2019, nearly 1000 people participated in the initiative to distribute dates and water at traffic lights at Iftar whilst calling on drivers to slow down. Umniah CEO, Ziad Shatara, praised the outstanding performance of the volunteers as well as the “Ma Testa’jil” campaign team, which plays an important role in raising awareness and reducing road accidents. The coming together of social media activists and Umniah’s employees in this noble initiative is a near-literal translation of “Umniah Al Khair,” which forms the umbrella of the various humanitarian initiatives we organize throughout the year to reinforce our commitment to positive change,” commented Shatara, noting that that these activities and other similar initiatives promote young people's sense of responsibility to make a positive difference in their communities by tapping into their potential, unleashing their inherent creativity and dedicating their time to grander and far-reaching goals.